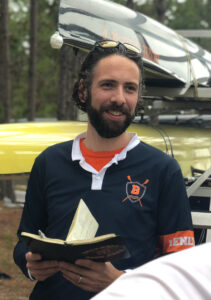 Dan has been at the helm of Bucknell Crew since the Fall of 2014.  Under his guidance the Bison crews have won multiple MARC Conference, NIRC and ACRA National Championship medals.

Dan has been at Bucknell for over 10 years, as he came to Bucknell Crew after seven years with the Bucknell Women’s rowing program. While working with the women’s program, he amassed gold medals at the Murphy Cup, Dad Vails, ECACs, Patriot Leagues and individual sprint races. During that time he was recognized as the CRCA Mid-Atlantic Region Assistant Coach of the year three times, and in 2012 was named the National Assistant Coach of the Year.

Dan was an accomplished rower at Fordham University, where he graduated in 2004. He was inducted into the school’s Athletic Hall of Fame in 2012. The two-year team captain helped lead the Rams to three Dad Vail Regatta gold medals, one ECAC National Championship varsity lightweight eight gold, and two top six finishes at the IRA Regatta.

Henry joined the Bucknell Men’s team staff in the Fall of 2019. 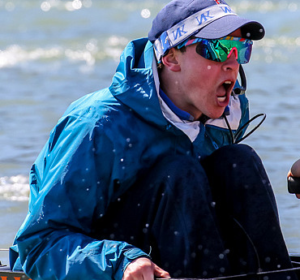 Henry graduated from Bucknell in 2018 with a B.A. in Economics. As a coxswain, he collected numerous MARC and ACRA National Championship medals over his career. In 2017, he helped guide the men’s varsity 8+ to a second-place finish in the country, equaling the program’s top all-time finish. Later that year he was named to the ACRA All-American team. In 2018, he coxed the men’s lightweight four to a third-place national finish.

Prior to attending Bucknell, Henry coxed at Radnor High School for four years. During his summers off, he gained experience behind the oar by rowing a single along the Schuylkill.

Upon graduating from Bucknell, Henry returned to Radnor and assisted with its lightweight program.